“It’s better to die than to kick the bucket,” could be a free translation of the name of the first album by French producer Sydney Valette. From the innocent 8-bit of those beginnings, he evolved to a powerful and aggressive EBM that has conquered us. Although his last work is entitled Death of a comedian, he wasn’t afraid of answering our questions with his sharp sense of humor. He will play next Thursday 28 at Specka, a legendary club in Madrid. Together with him, we will have the DJ sets of Dead Violets Night, Nöle and Nico Dead Wax. 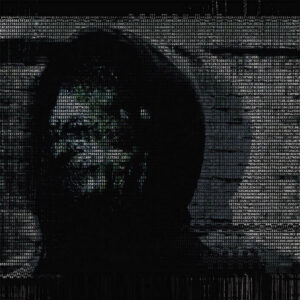 —My roomie and best friend was making some in his room circa 2005, just imitated him. I found it very interesting to know how to make a song.

—Do you think that you classical background has influenced your way of composing music?

—Yes, I always compose first on my Steinway Grand Piano before getting on the computer. I’m currently learning Tempest 3rd Movement by Beethoven.

—Your first album, released in 2011, is a collection of some of your songs made until then. You were more into 8-bit music, as it can be observed in a track like “Dimanche.” Was it the right style for the tools/gear that you had at the time?

—Was the style of a MySpaced Fluo Kid, when internet was still fun and new, when life was ahead, coming to the capital full of dreams. My Oedipus Complex took a big part in forming the style… I knew almost nothing about gear and had nothing but a laptop with cracked cubase and vsts.

—There is already a big change with your EP from 2013, Krystall, that is way darker. How did you go in that direction?

—I don’t know, I guess I wanted to give way to a darker side already present since the beginning. Also I didn’t feel comfortable with the mad geeky style I developed before. I wanted to be more of a Viking with a dark soul and a pure heart.

—One influence that was more present in your first works, and quite evident in your second LP, Paris was chanson, especially in your way of singing. What are your favorite artists of the genre? Do you like Brel? Can you compare the passion of chanson with the one used in other Goth styles?

—I just felt like singing more, I don’t know if it was more « chanson » than afterwards, I don’t really think about what I do, I just do them, it’s a miracle. 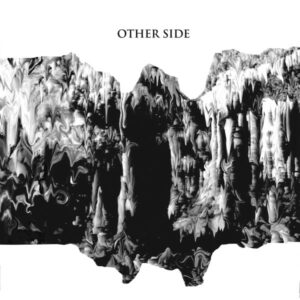 —In your third album Other Side (and also in the previous EP), you started singing in English. Why the change?

—There was already one or two songs on the 1st album in English, but yeah  I just wanted to be accepted by the Americans, feel like a man. Also because English is a good language to sing in sonically speaking. It’s kind of hard to differentiate pop music from English…

—You said that you love American literature, especially Henry Miller and his trilogy Sexus, Plexus and Nexus. What do you like of Miller’s work? Do you think he has influenced you in your way of writing?

—I love his free spirit, the fact he did what he did being indifferent to society’s expectations. It gave me confidence for pursuing my dream no matter what. Like he was dating this hooker for so long and didn’t give a damn and loved her anyway, indifferent to the world.

—You have commented a few times that you listen to rock and even metal. Which artists have caught your attention lately?

—I have been Listening to 4 bands continuously for the last 10 years: Metronomy, Armin Van Burren, Dernière Volonté and Aphex Twin.

—How many lives is more post-punk and more organic. When you played that album, did you use a band or were you doing it by yourself?

—When I recorded it you mean? No it was as usual, all by myself.

—Your 2019 release Город Болит ‎shows your love for Russian culture. What do you specially like of it?

—I don’t really know where it comes from, but I love their use of melody and colours, the fact it’s a bit off the rest of the western world. Slavic culture is deep and there is less bullshit than in mine. Human relationships feel more honest, although sometimes the quest for pain seems to be too present…

—There is a cover of Russian post-punk act Kino. How did you start listening to this band?

—Talking about covers, you have also made your own version of songs by Death in June, Devo, Absolute Body Control and Sex Pistols. How do you select a song to cover? Do they have anything in common?

—I don’t know no process, just covering songs I like or feel I can embody. 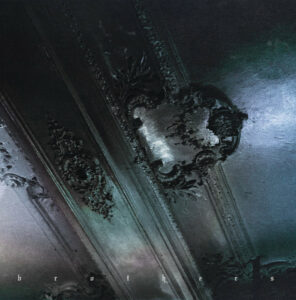 —You said that Brothers had more of a concept behind it than previous releases as a consequence of the political and social situation. Do you believe that you can make people think while they dance?

—No dancing is made to not think hopefully, or think about the good stuff I hope. There wasn’t really a concept behind Brothers besides the fact I was worried with the evolution of the world, trying now to focus on the present moment instead of hoping for something better.

—You have done a few remixes, like for Blind Delon’s Soeur EP and Poison Point. How’s your approach to remixing? What do you try to achieve when you remix another artist?

—I want to make people feel like my remix is better than the original and ruin the artist’s reputation.

—Death of a Comedian, at least the title track was based on Molière, right? What did you see interesting in his death? He collapsed on stage, didn’t he?

—I don’t know, I was reading his biography and I was surprised by his pretty miserable life despite his immense success. Also the end of the book describes his last hours like he was really scared of dying, and it was pretty scary to see him that scared… so “Death of a Comedian” is like the confession of a horror movie behind the Happy Face of success for him.

—You have collaborated with Greek producer Alpha Sect twice, first “singing” in one of his tracks and also remixing him for Spanish label Soil. What can you please tell us of these two collaborations?

—It was the contrary I remixed him first…He wrote to me on fb, took me microphone and recorded some vocals in one hour…That was it, the dice of glory were cast.

—You did a “trance” remix of “Brothers.” Are you interested in this harder style? There was a kind of revival a few years ago, but after the pandemic I haven’t heard much of it.

—I LOVE Trance, and I am the revival! No but yeah, I always used in some ways some trancy synths otherwise, like on “Fight Back”. Trance feels like being a Fighter Plane pilot and chasing the enemy in the sky with laser-guided missiles.

—Although I am not a religious person, I am also a big fan of churches. What do you find interesting in them? Do your friends understand your interest for them or do you have strange situations when you say that you want to visit any of them?

—I was dating this Swedish girl and I think she freaked out because I was bringing her into churches and wanted to make her feel the sacredness of the spot with uttering words of mystery… Problem is Swedish really don’t believe into churches anymore, they might be worse than the French for that matter… I guess I’m a Christian with no Bible in my hands and no paradise. Churches are really peaceful and beautiful, and nowadays the funny thing is, after 50 years of Hippie Culture, Christianism seems like something to rediscover because our parents raised us smoking weed dreaming of Katmandu…

—What can you advance us of your next release on Young & Cold Records?

—It’s a break-up album where influences from my early works meet some newer ones. I started it at the beginning of this love story and finished it after it ended, in the midst of a miserable and lonely lockdown eating potatoes peels and drinking my own tears. It will break even and might break through.

—What can we expect of your concert in Madrid?

—An Amazing performance as always, the Justin Timberlake of EBM.