Covenant, one of the most important Futurepop bands, is looking forward to coming back to Spain to play the songs of their new EP Fieldworks Exkursion, but first, we had the opportunity of talking about the career of the band with Eskil Simonsson. The Fieldworks Tour will first come at the DarkMad festival, on the 25th of October and two days later, in Barcelona in a concert at Bikini. We will bath in their melodies as tears in the rain. 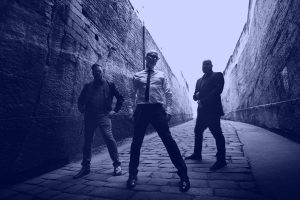 —A lot of bands were created in a Sex Pistols concert, yours instead was created after a Front 242 concert, right?

—Yes, it was the same night as the disaster in Chernobyl but we didn’t know it then. We all knew each other but after the Front 242 show in Malmö, Sweden we decided to start a band. The following week, Joakim, Clas and I rehearsed together for the first time!

—Is it true that, at the very beginning, the band was called The Replicant, and sang a few songs in Swedish?

—We changed band name after every concert to get new shows in our small hometown Helsingborg! When we got self-aware and good enough, we decided to keep a name and move forward.

—With a recognized interest for science, philosophy and science fiction, does the band consider themselves a group of geeks?

—I love everything geeks love, but that is only a small part of our world these days. Other fellow humans are our biggest inspiration now. 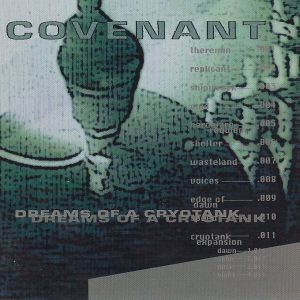 —Dreams of a Cryotank is your first and more aggressive album. Were you really angry at the time or it was just the Front 242 influence?

—Oh, we are much angrier now! When we were kids we were afraid the world would end, now we know it will!

—How were your first shows? I read that the band was not playing live and it was more a visual thing with some space suits, right?

—Yes, it was more of a performance with all the smoke and stroboscopes we could get, much inspired from the techno and rave scene in the 90s.

—Your second album is more complex electronically speaking (the second part of “Flux,” the rhythm almost drum and bass of “Storm”). What kind of electronic music were you listening to?

—Oh, it was a mix of classics like Skinny Puppy, but new artists like Lassigue Bendthaus and LFO really fascinated us.

—I saw you third album Europa in some chart of the most important Futurepop releases. And the band has always been cited with Apop and VNV Nation as the biggest band of the genre. What do you think of that genre? Do you think that Europa is a good example of it?

—I like all great music and don’t care much for genres but, I think most people mention United States of Mind as the album paving the way for the Futurepop. With Europa we got new equipment that allowed us to focus more on songwriting. The rave scene was not as interesting any more so our music reflected that shift. 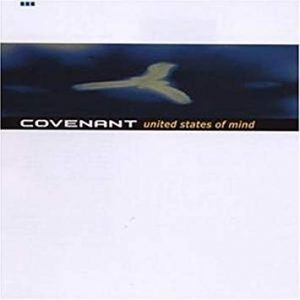 —The slow turning into more “pop” music arrives with United States of Mind to the highest point. Were you more interested in songwriting with this album or just wanted to reach more people?

—I started to listen to a lot of different music at the time and no longer only industrial and dance. Some of my life favorite still today like “Tears In Rain” are from this album!

—The silent track “You Can Make Your Own Music,” is a reference to John Cage. Are you interested in his music or was it just a joke?


—I always ask about the gear that bands are using in some records, and in this case I am really interested: how did you manage to record a song like “Dead Stars,” it sounded modern but still have some early nineties vibe.

—Thanks, we love our gear and take great pride programing them. “Dead Stars” was made mostly with the Nord Modular from Sweden. An amazing instrument still unrivaled with its possibilities

—For Northern Lights, although Jacob Hellner (a producer famous for working with Rammstein) is producing, the band keeps the sound of the previous record. Why did you work with him? Did you like his work with the famous German band?

—Working with Jacob was the best thing that ever happened to us. We learned so much and he had so much patience with us not giving up until he thought it was perfect. Thank you, Jacob! And Rammstein are great. We supported them on their first tour in Sweden 1998. 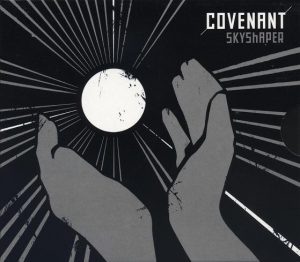 —What happened during the recording of Skyshaper that took the band 14 months to finish it? I also read that “Brave New World” went through 150 revisions. It reminds me of the perfectionism of Charles Chaplin during City Lights asking for 342 takes of the final scene.

—Yes, we will release an earlier version of “Brave New World” – much better! I learned not to work so long on tracks anymore. Sometimes you have to get lost in order to find your way home. I was stressed then, but now I know things takes time and that is OK. The band was going through changes with Clas leaving. Joakim thought it would be our last album, and wrote the text to “The World Is Growing Loud” as our own funeral song

—From Modern Ruin (2011), I really like “Lightbringer,” the collaboration with Necro Facility. What’s the story behind this collaboration? Also, this is the first album with Daniel Myer, what was his contribution to the band?

—Thanks, I love “Lightbringer,” it was our first collaboration and now we do that on every record. I love the unexpected it brings! Daniel Myer brought a very steady and professional sound and attitude to the band and he has been with us since once in a while taking a break for his own projects.

—In some versions of your album Leaving Babylon, there were included a CD with 76 minutes of spoken word by the poet Helena Österlund. How did you get the idea for this?

—She rented my apartment when I lived in Berlin and was in Sweden to write Skyshaper. When she later sent me her first book, I loved the restless attitude and anger. I asked if she wanted to do something and the idea slowly came together. 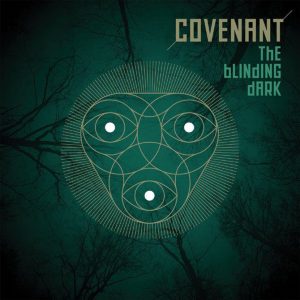 —And talking about The Blinding Dark, your last album, do you think that it was a comeback to the previous sound?

—Well, there are a lot of great new bands we listen to that happened to sound like our earlier material. What Joakim and I listen to always reflect how our music will sound.

—The band has always said that they were apolitical, but in the last albums and interviews, a more active political point of view can be noticed. Is it going to influence Covenant? Is the next record going to have more political lyrics?

—We don’t want anyone to tell anyone what to or think do but to inspire everyone to take time and find one’s own opinion.

—On your current tour it’s possible to buy your new EP: Fieldworks: Exkursion. What can you tell us of it? It’s based on field recordings, right?

—Yes, we will bring the EP to Spain. It is inspired by field recordings and the five songs are made by each member of the band reflecting the passion and tension we have. 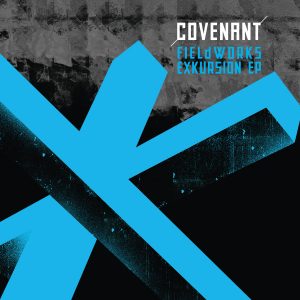 —One of the songs of this new EP is called Popol Vuh. Do you like this classic krautrock band?

—Yes, we love the sound track by Popol Vuh to the film “Aguirre, the Wrath of God” Werner by Herzog but also the Mayan myth itself.


—Being fans of science fiction, and with a name like Covenant and a song named Prometheus (although without relation I know), I have to ask you: do you like the new Alien movies?

—I like all the Alien movies I just watched them in a row over a whole weekend. We actually made our own title song to Alien: Covenant, one day we might release it!

—Three years without a new Covenant album, don’t you think it’s time for a new one?

—It doesn’t feel like three years to us we have been busy! We are releasing another EP at the beginning next of next year, and then we will collect them in new version as an album along with a new single.

—What can we expect of your concert at Spanish tour?

—We have been touring a lot this year and feel really good about being on stage together. Can’t wait and I love visiting Spain enjoying the food and atmosphere. Madrid and Barcelona will rock! Along with the new songs and our own light show, it will be strong nights. Hope to see you there! Please go to the event pages and write what songs you would like to hear from us that you haven’t heard live before. Thank you!