We are living very difficult times, the situation is difficult for us and also for those who works for the culture/entertainment industries. With all the panic and the different measures of the governments to stop the coronavirus, it’s perfectly understandable that W-Fest had to be postponed to August. The festival has managed to keep most of the line-up but some artist couldn’t make it on the new date, that is going to be from the 14th of August to the 17th. We want to express all our support to all the young artists and bands that for one reason or another could not make it on the new date and we hope to see them in the next year edition. 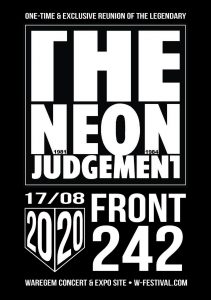 But let’s focus on the new additions to the line-up: the legendary The Neon Judgement are going to reunite for one exclusive show at the festival. The band formed by Dirk Da Davo and TB Frank has been pioneers in everything that we love and they are going to play together after five years without doing it. This special concert will be on Monday 17th, a day in which we will be able to see Praga Khan, The Stranglers, Front 242 and The Neon Judgement in a row. And, let’s not forget minimal synth pioneer Enzo Kreft, P.I.L. classic bass player, Jah Wobble, electronic mavericks Haujobb, renowned The Arch and one of the best post-punk bands of the moment: Mark E Moon.

Another band that we want to talk about is A Certain Ratio, the original post-punk, avant-punk formation which recorded some incredible albums for Factory Records and was one of the bands that used to play at The Hacienda. It’s the perfect moment to listen again to To Each… and Sextet.

In the Radio 2 Main stage, we will have the sophisticated pop of Red Box. A few years ago (well, let’s be honest and say decades) someone gave me their second album, Motive and it’s going to be a good moment to rediscover it. And to continue being honest, I must confess that I am such a big fan of Kid Creole and the Coconuts, that I have been thinking a couple of times of traveling to the UK to see one of their shows. So, it’s a great surprise to be able to see them here.

And we want to recommend some bands, maybe not that famous yet, but we are sure they are going to give a really good concert to everybody who attends it: DaGeist, who is again going to play at the entrance stage, A Slice of Life, Actors, Astari Nite, Red Mecca or The Underground Youth are some of the acts will make entering early at the festival worth it.

Meanwhile we wait for the festival, it’s our turn to stay home, read the interviews already posted and stay safe. We will have four fantastic days in which we will be able to see a lot of concerts and dance till the end of the day. All our support to the organization and the artists that make this possible. 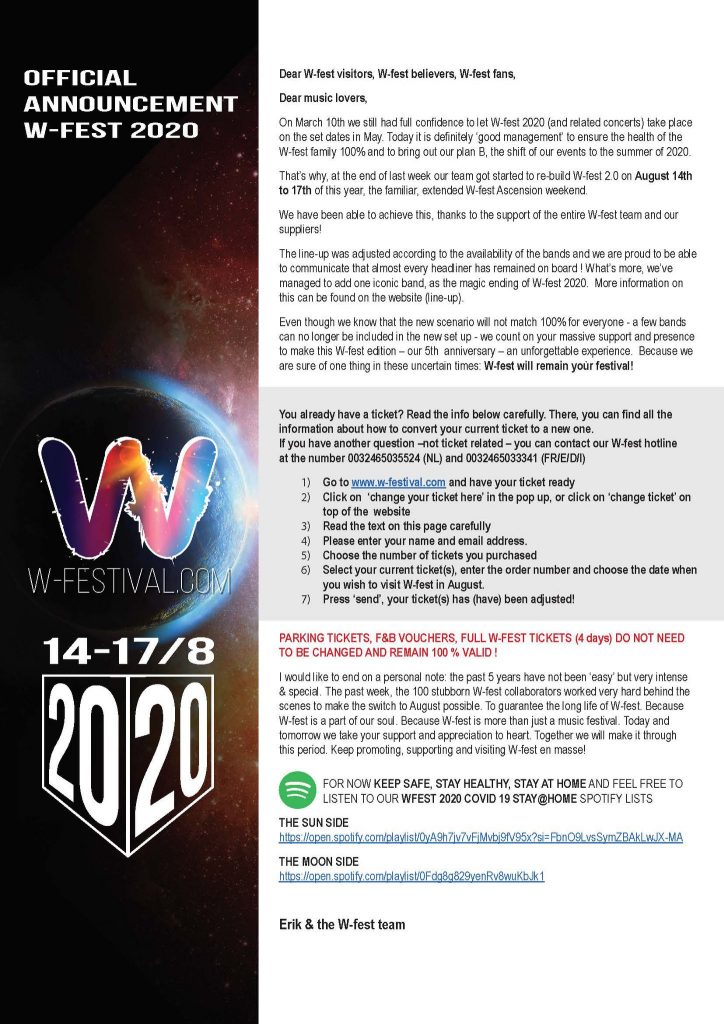