Der Himmel Über Berlin is not only one of the best movies of the 80s, it’s also the name of one abrasive post-punk band from Trieste that has released a new and very interesting album only a few months ago. They are playing this Saturday 18th of January at the Dark Winter Festival Liège together with The Arch, DaGeist, White Coal Addiction and Eryx London. 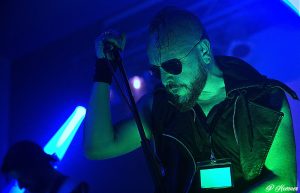 —Why did you choose Der Himmel Über Berlin as the name for the band? Do you like the Wim Wenders’ movie?

—Yes, it does come from the movie. We chose it because, in addition to the soundtrack music, we felt close to the setting of the film, which was shot in one of the fundamental cities of our music genre.

—The band is from Trieste, how is the Goth scene in a city like that, in Italy, but so close to Slovenia and Croatia?

—The scene in Trieste, or Italy, is not that wide, but there are those “old and true” passionates of the genre. Trieste, as Slovenia and Croatia, had quite a good punk and metal scene with good bands that were also known internationally.

—Which Italian bands have influenced the band? I saw that you made a cover of Litfiba, did you like them (at least until 1989)?

—Some of the Italian bands that inspired us, like Litfiba, Diaframma, Neon, come from the Florentine new wave scene of the 80s. We also made some Litfiba covers a while ago in a semi-acoustic concert. They were two tracks from Litfiba 3 album, 1988. It was the last album from the band that inspired us, today’s Litfiba are not that close to our genre anymore.

—The first album of the band Memories Never Fade was released at Christmas 2012, right? 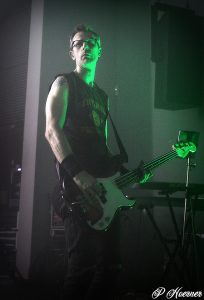 Why did you publish it on such a date? How do you see the album now?

—The release on that date was quite casual, not studied at all. A choice dictated mostly by our label of the time. We find the album a bit naive, also given the little experience we had back then. We also had a different line up. There are good tracks, but we have to review them.

—How was the recording of Shadowdancer? Was it difficult to get used to the new line-up?

—Shadowdancers was recorded in a nice climate, everything went well, quickly, also for the renewed energy with the entry of Teeno Vesper on vocals and Riccardo Zamolo on drums.

—The band has released two live recordings, each with a singer, the last one recorded in the Shelter Dark Club in Milan. Do you think they manage to capture the intensity of the band’s concerts? What can you tell us about the night of the recording?

—Yes, exactly, two lives with the two formations. Yes, we think they represented both who we were at the time of registration. The live at the Shelter was recorded in one of the first dates made with the new line-up and perhaps the feeling we have now known for a long time and having played many times together is missing. It was a nice evening, quite crowded, even if I remember that we played almost at one in the morning. But everything went well, and we keep a good memory. 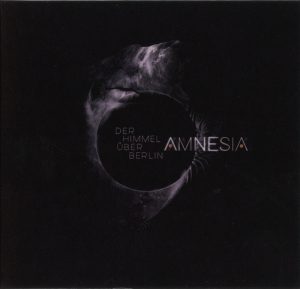 —It took the band three years to release Amnesia (although there is an EP published in 2015). How do you think Der Himmel Über Berlin changed over these years? Do you think that there is a big step between this record and Shadowdancers?

—We don’t exactly know what has changed over these years, but something that is always the same as before, is the passion and love we put into our music. We compose our songs in the same way as always. Hours and hours spent together while playing and improvising in the rehearsal room. If we have to say something about the difference with Shadowdancers, we think it involves more care in the arrangement and in the recordings. And more experience.

—And in August, the band released Chinese Voodoo Dolls, how has the album been received so far?

—Yes, in August our latest work came out and we are very happy with it. It is receiving good reviews, both from various specialized sites and from the comments made by the people who come to our concerts, with whom we always have the pleasure of stopping to talk before and after playing.

—With songs named “Dead Bodies Everywhere,” “Sister Paranoia” or “Too Many Voices,” I must ask you: where do you find inspiration for your lyrics?

—Our texts are written in most cases by Teeno Vesper, some stories are instead suggested by Davide Simeon and then reworked by Teeno. They are texts that mainly speak of personal situations or sometimes inspiration comes from other topics, such as cinema. 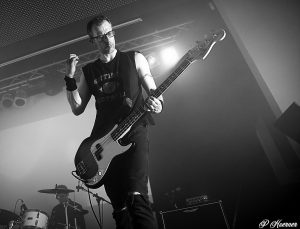 has photographed the band a lot. How did you meet him?

—Patrice is a beautiful person, as well as a close friend. We have had the opportunity to meet several times over the years in our various concerts and besides being a great photographer he is also, as we said before, a dear friend. We met him by chance, because he was the photographer of the event which we attended and a great feeling was immediately established between us. He took a lot of beautiful photos of us, and one of these had to end up inside our CD.

—I read that the band found inspiration in the movie Neon Demon for a track. Is cinema an usual source of inspiration for the band?

—Yes, of course, as we said before, cinema, or a certain type of cinema, has been a source of inspiration for more than a few texts or for some particular type of shots in the various videos we have made.

—The band played in Spain during La Semana Gótica de Madrid. How was the experience? Any plans of coming back to Spain?

—Spain, and precisely Madrid, has been a wonderful experience and being able to take part in an important event such as the Semana Gótica where some important names have played has been a great satisfaction. Everything perfect, great organization, good public and excellent groups with whom we shared the stage. We would love to go back there, we had a great time. Who knows, maybe we’ll do it in the future. 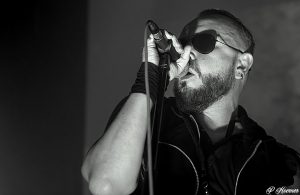 —The guitarist of the band, Davide Simeon has a side project called Eryx London. Please, what can you tell me about it? Also, more members of the band have side projects, right?

—Yes, of course, for some time Davide has started this new collaboration, they are a group of friends always from our area. There is a CD and a tour scheduled and on the date we will do at the Dark Winter Festival in Liège there will also be Eryx London and Davide will have a double concert. As for the other members of the band, we all have side projects with which we work, however, without taking away space from Der Himmel, of course. For all the various bands, there are also album and concert projects.

—What are the band’s plans for the future?

—The plans for the future are always the ones we have had until now, playing in all the places where we can go and maybe finally be able to go to countries that we have not yet touched. And make other albums, of course, as new songs keep coming out again.

—You are going to play at the Dark Winter Festival in Liège, what can the public expect of a concert of Der Himmel Über Berlin? It will be your second time at the festival, right?

—Belgium is perhaps the country where we played the most and it is always a pleasure to be able to return. We have to thank Pascal, another great friend, who often invites us to his evenings. We find it difficult to say no to him, so every time he invites us, we gladly accept. His evenings are always successful. And even the Belgian public always gives us great satisfaction, it will be nice to see many friends again. We think that the public that evening will hope we will entertain them and we will always do our best to do so.