For those who fell in love with synthpop thanks to songs like Blancmange’s “Waves”, it was a pleasant surprise to see that they were returning in 2011 with a new record. Since then, they have exceeded our expectations with every record released. We have talked with Neil Arthur about the history of the band, that will be playing on the 24th of May at the W-Fest. 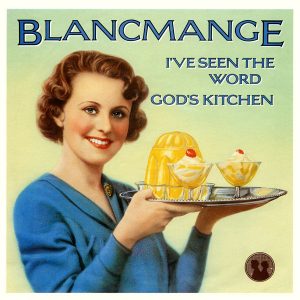 —Why did you choose a name like Blancmange (a French dessert) for the band? The desert has been featured in a few of the covers of the band.

—We needed a name quickly, something throw away. Of no importance.

—The music of the debut 7″, Irene and Mavis is more experimental, and the first demos of Happy Families were also like this. How come you then changed to a more synth pop music?

—It happened over a 4 year period, where initially we could afford or get access to synths, so made do with what was at hand.

—Last year we interviewed Minimal Compact who were pioneers in introducing eastern influences in pop music. Blancmange also used tabla and sitar on the single “Living on the Ceiling” and had some eastern influences in songs like “Vishnu.” How did you get the idea of including these influences in your music? I guess that both of you have been interested in eastern music according to other projects.

—We listened to lots of different kinds of music from around the world, some on short-wave radio stations, picking ideas as we listened I guess. The sitar and tablas arriving on “Living On The Ceiling” came about by me making a mistake with the guitar, which created an unintended melody with a Middle Eastern feel. Much later our record company hearing this, introduced us to Deepak and Dinesh, sitar and tablas, respectively. They improved no end, what we had already recorded.

—In the band’s second album, Mange Tout, there is this famous cover of Abba that according to Wikipedia was more successful than the original (at least in the UK) What did you like of 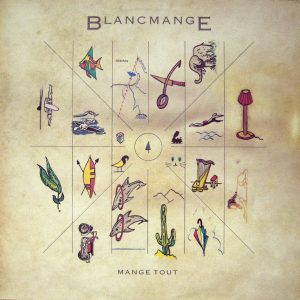 the Swedish band’s music? Would you say that they were an influence for you?

—I loved and still love Abba. In 1983 not everybody else did.

—During your stay in New York you used to go to Larry Levan’s Paradise Garage. How was your experience in such a legendary place? Were you interested in disco and house music?

—I had some interesting evenings and early mornings in New York.

—What happened with Pandit Dinesh, the tabla player (who was the third unofficial member of Blancmange at the time)?

—Dinesh and I are still very good friends. He played on Blanc Burn the Blancmange album released in 2011 and toured with us to promote it. He’s a busy man—a wonderful player.

—What happened with the video of “Lose Your Love” from the Believe You Me album? You said that it got banned on its first viewing (for allegedly inciting violence). Who got the idea for the video?

—Zbig Rybczynski directed the film and came up with the idea. Yes, it had one viewing in the UK before it was banned. The most expensive video we ever did. You can see clips of it in the film Flight of the Navigator. At least Disney didn’t ban it. 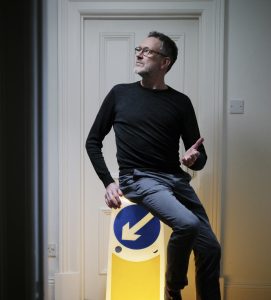 —What was the West India Company? A band formed by Stephen? You appear as a member in Discogs with Vince Clarke. Can you please tell us a bit more about this?

—It was Stephen and Dinesh’s project and Vince and I were invited to contribute, as and when.

—The fact that a band had stopped to save the friendship of the members is something unique in a world where even the most punk bands are breaking up due to royalty issues, don’t you think?

—That’s how it was for us. I can’t speak for anyone else.

—After the band split, you released a solo album, Suitcase (1994). How do you remember this work?

—It was great recording with Adam Fuest and slightly strange being with a different record label.

—You have been writing music for film and TV, can you please tell us more about this?

—From around 1989 up until recently I’ve composed music for a variety of TV & film productions. It was great, no photos, no interviews, no tours. Ha ha. 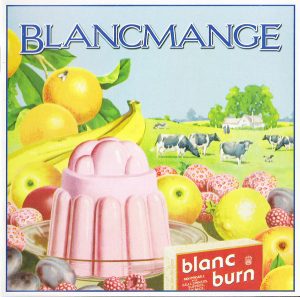 —”By the bus stop @ woolies” is a song set in my home town about a fictitious relationship.

—I think that “Don’t forget your teeth” is an incredible name for a song, but there was a B-side of Fatboy Slim’s Right Here, Right Now called that way. Did you know this song?

—Why did you choose to redo the songs of your first album in Happy Families too?

—I was asked to do a so-called “classic album” tour with Happy Families—I wanted to be able to offer the fans that came along to see the gig something new, so I set about re imagining the album. 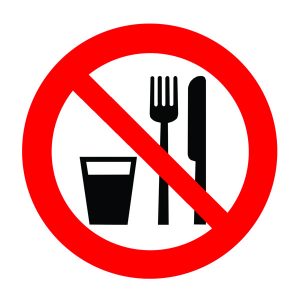 —In Semi Detached there is a cover of Can’s “I want more” and there are also influences of Neu! in some songs of Commuter 23. Were you interested in Krautrock or German Electronic music from the seventies? Why did you choose this song by Can?

—Simple —I love Can and Neu! –a huge influence on me.

—Semi Detached is the first album without Stephen. How was working on your own?

—Fine, I sent him a copy and he liked it, giving it the thumbs up.

—Nil by mouth was your first instrumental album. Would you say that it was influenced by your work with soundtracks or more by your first works?

—I think a bit of both and the relief that I don’t need to sing or find lyrics.

—Commuter 23 was another sonic adventure. Do you put any limit of where you want to go with Blancmange or do you want to try anything?

—There are limits, but in general, I’d stick loosely to electronics.

—Unfinished Rooms was the first album with Benge. How is working with him in songs for Blancmange?

—For what has been called a dark album, we had a lot of laughs making it. He’s great to work with. 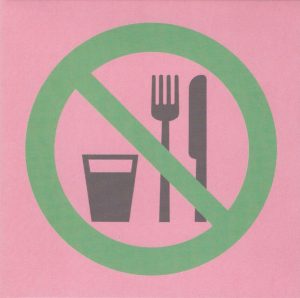 —Was the band’s last album Nil by mouth II made as a continuation of the first one or did you just have some instrumentals to release?

—I think I’d have to say it was a planned continuation.

—How is Stephen doing? He has been ill for a really long time, right?

—Yes, unfortunately that is the case. We keep in touch regularly.

—I guess you must be really busy, being also part of Fader (the first project where you worked with Benge with an album released in 2019) and Near Future. Also last year you played with Kincaid, who is your son, right? Can you please tell me more about these projects?

—Yes, we have 2 Fader albums out now and I’m sure there’ll be a third. Jez Bernholz and I are working on the next Near Future album and my son Joe, AKA Kincaid and I are writing more material for release in 2021.

—How is going to be your concert at W-Fest? More experimental or focused on hits?

—I think we’ll play some songs from the new Mindset album (out in May), along with some from the 1980s and some not so old. Thank you.