[an] UNCOMING CALL – Stare at the Land

Release: Stare at the Land

On the 15th, while we were having an incredible time at W-Fest, the first EP of [an] UNCOMING CALL, Stare at the Land, was published. Created in 2016, the band, from the Toulouse area, offers a journey between post-punk and indie rock. Their music is packed with emotions, melancholic, powerful and languid guitars, and choirs that give some deepness.

Throughout the EP, we sail on different ambiences and influences: from indie rock with “Trust”, to the dark atmosphere of “Resign” and its unforgettable chorus, from “Do it Clean”, which sometimes remind us of The Cure, to indie rock again with “Isolation”, whose beautiful lyrics remind us of the loneliness of humankind. All those changes in atmosphere are accompanied by rhythmic and melancholic guitars, arpeggios that are true echoes of our thoughts, wah wah effects and cadenced riffs. And last but not least, let’s not forget the energetic singing, sometimes embellished with chorus.

[an] UNCOMING CALL is, as the band says, a neologism meant to designate the unfulfilled expectations and frustrations that everyone has, and that are embodied by the tunes of the EP: that’s why the lyrics speak about trust, resignation, expectations and isolation. All those issues we know too well are perfectly put to music, in changing and surprising ambiences.

[an] UNCOMING CALL is preparing a small tour, which will begin with a concert at the International venue in Paris. More dates are to be announced soon. We’re craving to see what this promising band is preparing for the future. 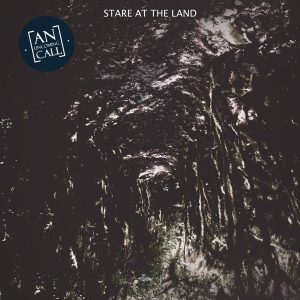