Kelly Moran with her last album has achieved a notoriety and respect not very common in the electronic world. She has been interviewed by famous newspapers, Pitchfork has praised her records and she has played in festivals such as Primavera Sound, Rewire Festival, Mutek San Francisco and in the next months, Sonar Barcelona and End of the Road. Ultraviolet, her last work, update John Cage’s legacy, but sounding personal and innovator. Listen to her music or go to her concerts: you will sell your Mac and turntables and buy a piano. 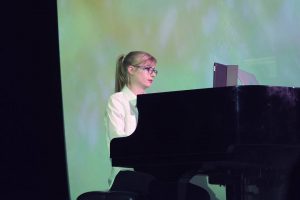 —I read that you started listening to classic rock and metal. Some artist like Yes or Yngwie Malmsteen were inspired by classic music. Were you interested in them? You also said that you found some connections between Black metal and minimalism, can you please elaborate this?

—The bands I listened to the most while I was growing up were Led Zeppelin, The Beatles, Metallica, Tool, and The Smashing Pumpkins. I listened to a lot of rock music and played in bands as a teenager! Later on in grad school, I got into many bands from the second wave of black metal. I think black metal has a lot of basic musical traits that are similar to minimalism – a constant pulse, adherence to tonality, repetition of notes/tremolos in order to build melodies, etc. I think if you orchestrated a black metal song for a string quartet, it would sound just like Steve Reich or Philip Glass.

—How was your experience with the bands where you played before, Cellular Chaos and Voice Coils? The first was a no-wave band and the second a Avant-rock one, right?

—With both of these bands, I didn’t have a significant role in creating the songs that we played. In Cellular Chaos, I replaced the bassist who had moved away from NYC so I just learned the parts she had written and performed them. In Voice Coils, all of the music was written by one of the guys in the group, so I just performed the scores he gave me. It was ultimately this lack of creative input and control that led me to leave these projects and focus on my own work.

—In your first album Microcosms, do you play all the instruments? It got published nine years ago, is there anything you would change if you recorded the album right now?

—Microcosms is one of my only albums that features other performers. My college friends Jake Saunders and Josh Holcomb played cello and viola on a few tracks, and my friend Aya Yamamoto played a piano duet with me on the last track. But I played all the other instruments (piano, vibraphone, guitar, clarinet, electronics). I really like that record, I don’t think there’s anything I would change about it because the process helped me grow a lot as a composer and it helped me discover how much I love making albums.

—For your second album, Movement, you used your experience at the university where you composed experimental piano pieces primarily to accompany dance performances. How is working with a choreographer to write the songs? Are you going to repeat the experience? 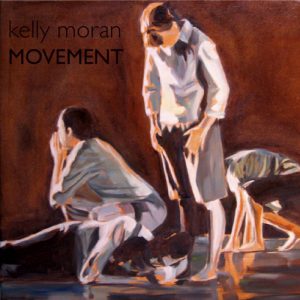 —I love working with choreographers! Composing for dance was a huge part of my life years ago, and I only stopped doing it because I ended up getting a job as a dance accompanist in NYC, so I needed some separation from my work life and creative life. Now that I’m composing full time and not accompanying anymore, I hope I can collaborate with choreographers again soon. I love working with dancers because it’s very gratifying to see people literally embody your music. It’s very rewarding. My MFA thesis was all about the collaborative process between choreographers and composers, and how they can navigate the working relationship during the creative process. It’s something I’m very interested in and hope I can return to someday if I find the right project and collaborator to work with.

—What is exactly your following album, One of one, a live recording of another collaboration with Randall Smith?

—One on One was a live album that was performed with Tara Sheena at Shapeshifter Lab in NYC in 2012. It’s the recording of me playing solo piano arrangements of my pieces while Tara danced to them.

—You said that you were having a real bad time when you wrote Optimist. Did the writing of the album help you overcome this period?

—It did, actually. I was in a bad place mentally, but I was so determined to get out of my rut and release music that year. Making this record was the one thing that was motivating me to get out of bed every day. I was so depressed that fall but I woke up in October and thought, “I had a sad September, now I need an optimistic October.” I thought forcibly adopting an optimistic mindset would help me believe that eventually things would get better, even if I didn’t know for sure that they would. Overall the experience was really cathartic and showed me that I can channel my emotions in a productive way – my sadness didn’t always have to be destructive. 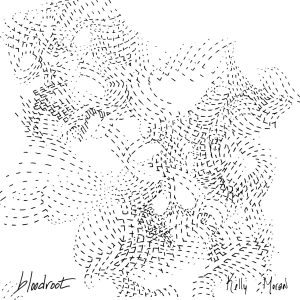 —Bloodroot was a turning point in your career, even Pitchfork reviewed your record. Do you think that being in a record label helped the diffusion of the album or that you finally pressed the right button?

—Bloodroot was the first time I ever released music on a label. In the past I had simply uploaded the albums on Bandcamp and shared them with my friends. But music can only get so far when you release it yourself and no one knows who you are, so I thought for Bloodroot I should try to do a proper release. Quite honestly, the label had very low expectations because they were a very small, niche label that wasn’t well known, and no one knew who I was either. On top of that, I had gotten a lot of rejections for the album and was told it was too experimental or different for people to understand it, so I personally didn’t expect it to get very far. The success of the record came as a huge surprise to both me and my label – none of us thought it would get any traction. I think I got lucky because I made something that was very unique and it stood out to people when they heard it.

—I saw your concert at Electrónica en Abril where you play Ultraviolet, the whole album. How do you see your concerts in the future: are you going to play your last albums or do you see yourself playing selections of every LP? Do you think that you albums are better played entirely?

—For this album cycle, I wanted to play the whole album live from beginning to end because I feel it tells the story of what the record means and how the emotional trajectory of the music is supposed to feel. I don’t know what I’ll do after Ultraviolet! I haven’t even started writing my next record yet because my touring schedule has been so busy, but I want to keep an open mind about how I’ll structure my shows in the future. I won’t know until I make new music – each project is unique, so the performance set-up might be totally different in the future. For me, Ultraviolet is such a cohesive record that it makes sense to perform all of it, and I like that it allows me the space to build a world I can bring the audience into with me.

—We have to make you the typical question about the prepared piano, how did you start being interested in this technique?

—I started being interested in prepared piano when I saw one of my college professors perform John Cage’s sonatas and interludes at a concert during my freshman year. It was amazing because the technique transformed an instrument I had played my whole life into something I could barely recognize – I loved how different and unique the piano sounded with the preparations and wanted to learn more about it. I started learning John Cage’s pieces and performed many of his prepared piano works as a student, though it took me several years to gain the courage to write my own music for prepared piano.

—How do you choose the names of your songs? In your album Optimist, there are two that really surprised us: “Strangers Are Easy To Look At, Loved Ones Are Museums Of Brutality” and “Nyght Spel.” What’s the story behind? 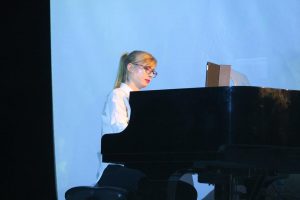 —“Strangers are easy to look at…” is a line taken from a poem my friend Abeer wrote. It was such a striking sentence and I really wanted to use it as a song title because it felt brutally honest. But usually, I can be pretty random when it comes to titles and they don’t always mean something deep. I never name songs until they’re completely done and it usually takes me a long time to find words that I feel are appropriate for the song. Everyone is different!

—What kind of public do you find at your concert, more interested in classic music or in electronic?

—I find my audiences have a really great mix of many different kinds of listeners, but the unifying trait is that they all seem very open-minded and nerdy, which I love!

—If you had the opportunity of making a soundtrack for a movie, which genre do you think can fit better your music?

—How has working with Oneohtrix Point Never influenced your music?

—Working with OPN had the most influence on how I structure my live shows, actually. Touring with him and seeing what his shows are made me want to step up and create a live show that was really special, which is why I always request such grand screens for my video projections. I like that Dan thinks outside of the box in the performance presentation and shows that you can give audiences a wonderful and unique concert experience just by doing things slightly differently – like how he uses the fractured projection screens for MYRIAD that have become a signature element of the show. Same with mine, the immersive span of the projections and the grand piano in the middle have become a signature visual element of the work.

—You said that signing with Warp was great, and we are also fans of the label. Do you think that Warp is again one of the most interesting labels in the music business? Lorenzo Senni, Yves Tumor and you are really good additions to the label rooster.

—I think Warp is absolutely one of the most interesting labels in the music business, if not the top one. I like that there’s no formula for what kind of artist they sign – the only unifying trait is that everyone is extremely unique and forward thinking. There are so many artists I admire on the label and look up to them for how innovative they are, they are all constantly pushing the boundaries of music.

—And how do you value the presence of the piano in modern dance music?

—I’m not sure how to answer this question! But I think it’s very important 🙂